How is that for an opening? I have a situation...which haves a somewhat obvious solution...yet it is often easier for me to know the solution than it is to act on it.

I have this neighbor...his name is Jorge. He is from Mexico. He has lived next door for the past couple of years and has basically been a decent neighbor. Sometimes he even would mow or do small yard jobs for me...while I was away. He has had a number of people sharing the house with him, but they have always been nice enough. ....except a couple of weeks ago when the police were all around my neighborhood...on two streets. I found out that Jorge had let someone stay at his house who had molested one of the boys on the other street. Anyway...

A few days after that incident, Jorge came over to my house at 9:30 PM. I was in my pajamas and only opened the door to poke my head out. Told me he was moving in a few days and that his water had been shut off and he wanted to know if he could use my hose to wash up. I told him OK and after some small talk...which included him giving me a pile of firewood, I left him to use my hose. ...assuming that this was a one time deal or something.

Well, the next day I looked and saw that my hose was hooked up to his hose leading up to his house. I was a bit surprised and a little annoyed with that, but thought that maybe I had misunderstood him...easy to do when you don't both speak the same language. So thinking he would be leaving in a couple of days, I decided to just let it go. Well moving day came, and a bunch of his roomies moved out, but he didn't. Eight days later...he is still there, and so is my hose and water. He's been using my hose for nearly 2 weeks. This is because his water is off and he needs water. I believe his power is off too...as his house is always dark at night. Fortunately there are no extension cords going from my house to his.

So now I am getting quite frustrated with this situation. I spoke to him last week and mentioned it, he told me he was moving on Tuesday...Yesterday. Well, I don't see signs of moving.

OK...I know the answer is obvious. I could just go over when he is not home and unhook my hose from his and put it in my back yard. Or...I could go over and just talk to him assertively and suggest that he figure out how to get his water situation taken care of without using my water. It really shouldn't be that difficult, but it is for me. I HATE CONFRONTATIONS!!! Why can't people just be normal? You know? Who just uses his neighbor's water for weeks??? Perhaps that's what they do in Mexico, but we don't do that here. UGH! 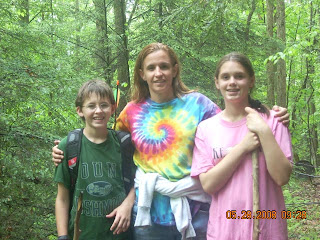 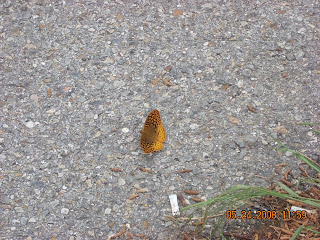 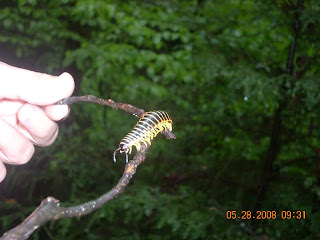 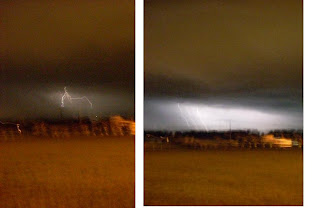 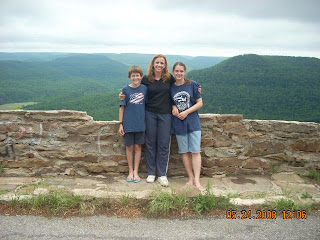 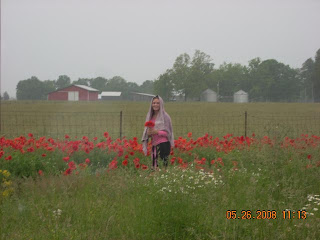 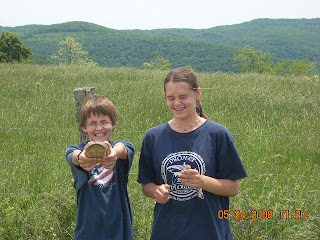 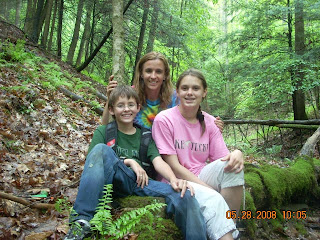 Well, that last blog was my sort of sarcastic, but amusing (if only to me) way of appeasing Paige's persistent request for a blog. However, today I want to reiterate what a great summer the kids and I had.

We began the summer...and I mean began the moment the kids got out of school...with a cross country road trip in my coolest Vanagon ever...the Syncro. That was because I had sold it to some guy in Connecticut, and worked out an arrangement to drive it to him...that's kind of a long, unnecessary story.

We saw a few new states on the way to Connecticut...Texas, Oklahoma, Arkansas...I've always wanted to see the Ozarks, as "Where the Red Fern Grows" is an alltime favorite book of mine. It is as beautiful as I had imagined...I really want to see it in the Fall.

We went through Kentucky...which we had been to before on our first Vanagon road trip. I have decided it is one of my favorite states so far. We camped at two different places there and almost got to experience a tornado in one...we could hear the sirens, but it never came to us. We also found a brand new baby deer at another camp site. We got to pet it...and the kids were very excited. Jacob got poison ivy from that...those silly deer hiding in the poison ivy...what are they thinking?

Then we drove through West Virginia and camped there. We were practically the only people at that campsite...it was like we owned the entire mountain. As night approached and it got very dark, the kids got a little nervous thinking about the wild animals that might be out there. I was a little nervous as well, not so much thinking about the animals, but the fact I knew there were 2 other small groups of people on that mountain that I didn't know, and all the Friday 13th movies I had seen in my tender youth...before swearing off those rated "R" movies came to mind. EEEK! I didn't share my nervous imaginings with my kids. Instead we watched "The Muppet Movie"...and that did wonders to lighten our spirits. (When was the last time you watched that movie...???)

From West Virginia...we went to Virginia and saw Lisa and ClarkCordner and their fabulous family. It was so nice to see them again and they are always very gracious and kind when we come visit. Our only regret is we wished we had more time to spend with them, but we only had an evening and morning. But it was very nice to see them...they are so accomodating...we think they actually like us to visit. (We hope they do :o} )

From there we made our last leg of the journey with a transmission going out and barely making it over the border to Connecticut. It was there that the new owner...who had to be a bit disappointed, took the van, dropped us off at a NYC hotel and said good bye...as we said good bye to our fabulous Vanagon that we had originally named "Buzz" because it was the coolest toy of all...and later named Wheezy...because it didn't perform as well as we had hoped. Sigh...I need another Vanagon!!!

On that trip...we experienced every kind of weather imaginable... We began with rain at home...believe it or not turning into heavy snow (yes on May 23) as we climbed into the mountains...(that has NEVER happened in AZ on that day for as far back as weather has been recorded in AZ) Then we crossed the hot, dry plains of TX and OK. Then humidity which often turns into tornado weather with heavy rain and hail...and some very ominous clouds. It was very exciting!

We also went to see my brother in law in Iowa...and saw a new state...Nebraska when we went to Winter Quarters in Omaha.

Then we went to San Diego for a couple of days of fun at the Beach and to visit my friend Sherri...that was fun with the exception of the Sting ray...but even that makes an amusing, memorable story. Then up to Utah to spend a week Paige and family...That's always a Summer Highlight. We especially loved watching Paige in her "Seussical" Play. She was great.

Between vacations, the kids went on various vacations with their Dad and had a fabulous time.

Finally, we went camping as we usually do. We go to a place where we can play in the stream and pick blackberries, and just relax. I love camping....even without a Vanagon. School started a few days later...and then for me two weeks later...but that is another post.

So summer was very eventful, AND I WANT TO THANK ALL OF MY FRIENDS WHO MADE THE WONDERFUL SUMMER MORE ENJOYABLE FOR US. We have officially seen 35 of the 50 states...we're getting there...I guess the Deep South is next... Are any of you moving south in the near future??? I wonder if anyone in North Carolina has a Vanagon they want to sell...

(Apparently this blog site won't let me put captions on the photos...or I can't figure it out...WHATEVER!)

(BUTTERFLY IN THE OZARKS...)

(LOTS OF CENTIPEDES IN WEST VIRGINIA.)

(FAMILY PHOTO AT THE OZARKS) 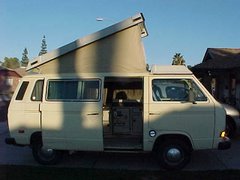 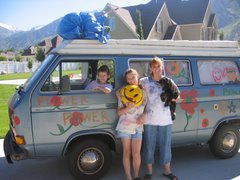 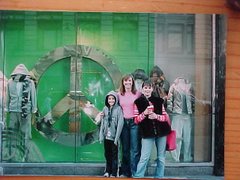 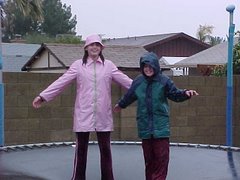